Still currently scheduling visits at my pandemic prices, so drop me a line! 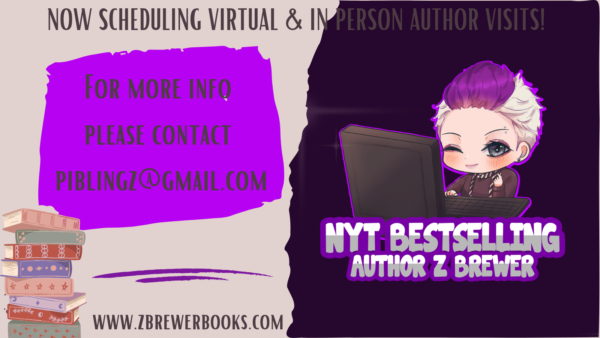 Great Review for My Next Anthology! 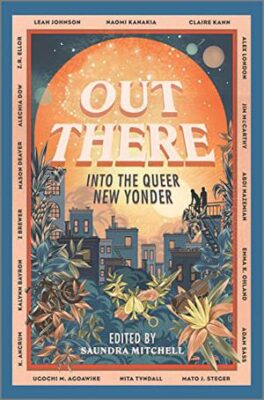 Greetings, Minions! I’m so unbelievably thrilled to share with you the latest review for OUT THERE: INTO THE QUEER NEW YONDER – headed your way this July! So many incredible authors in this collection. Be sure to pre-order your copy now!

I’m currently hard at work on something new that’s going to blow your minds (I hope). I can’t really talk about it yet, but be assured that I have some pretty amazing news for you all and the moment I can share it, I will.

But for now, check out Kirkus’s review! 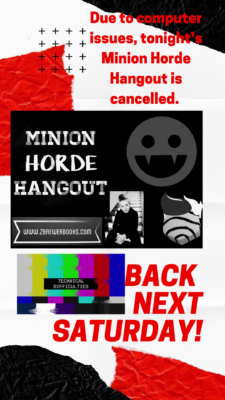 Minion Horde Hangouts Are Moving to a New Time! 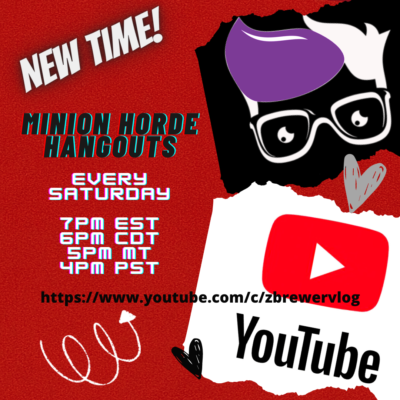 If you haven’t joined me yet on Saturdays for my Minion Horde Hangouts, you’re missing out! We chat, laugh, I answer questions, etc. Every other Saturday I do a live reading from one of my books (we’re currently reading Tenth Grade Bleeds together) – but those readings, due to copyright reasons, cannot be saved on my YouTube channel, so if you miss out….you miss out. No worries though. All Hangouts that don’t feature a reading are saved on my channel. I also do giveaways of Cool Stuff™. So join me, Minions! I’ll see you there. Probably with zebra cakes. 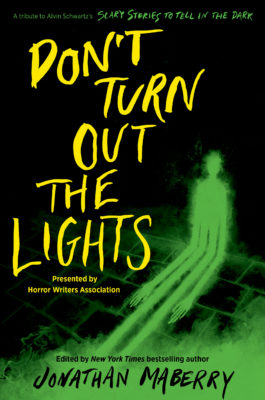 Today an amazing, chilling anthology from the Horror Writers Association (HWA) debuts. It’s called Don’t Turn Out the Lights – a tribute to Alvin Schwartz’s Scary Stories to Tell in the Dark. I am so, so proud to have been included in this collection and can’t wait for you Minions to give it a read. The story I’ve written is called Whistle Past the Graveyard. It’s creepy, a lil weird, and absolutely has the flavor of all that I loved about Scary Stories to Tell in the Dark.

You can grab your copy now at IndieBound, Barnes and Noble, Amazon, Books-A-Million, HarperCollins, or BookShop!

You can also read a cool interview with some of the authors (and me!) over at Spooky Middle Grade!